“In late 1964 a memorable James Bond movie named Goldfinger arrived in U.S. theaters.  It was the third in a series of films featuring British secret agent James Bond, then played by Scottish actor, Sean Connery. The Bond films, produced by British filmmaker EON Productions, were based on the novels of British writer, Ian Fleming, a WWII-era Royal Navy intelligence officer.  Fleming penned the famous spy novels in the 1950s and early 1960s.  His first ‘Bond book,’ Casino Royale, published in 1953, introduced the James Bond character, also known by his code name, ‘007.’  More Bond books followed, as did films, making for a famous series of both. In all, Fleming wrote a dozen Bond books between 1953 and 1966, among them: Live and Let Die (1954), Moonraker (1955), Diamonds Are Forever (1956), From Russia with Love (1957), Dr. No (1958), Goldfinger (1959), For Your Eyes Only (short story collection, 1960), Thunderball (1961), The Spy Who Loved Me (1962), On Her Majesty’s Secret Service (1963), You Only Live Twice (1964), and The Man with the Golden Gun (1965). There were also two additional collections of short stories: Octopussy and The Living Daylights published in 1966.  … The James Bond entertainment empire has become one of the world’s most valuable, with its books, films, and music continuing to sell to the present day. Initially, Ian Fleming’s James Bond novels were not bestsellers in America.  In the U.K., Fleming’s books enjoyed a popular following and mostly positive reviews through the 1950s – especially his first five books: Casino Royale, Live and Let Die, Moonraker, Diamonds Are Forever and From Russia, with Love.  But beginning around March 1958, about the time Dr. No was published, he began to receive some unfavorable reviews from book critics, one saying his Bond books suffered from ‘the total lack of any ethical frame of reference.’ … In early 1961, after one of Fleming’s Bond books was mentioned by Life magazine’s White House reporter Hugh Sidey in an article about President John F. Kennedy’s reading habits, sales of all Fleming’s novels took off in America.  Sidey’s article in the March 17, 1961 issue of Life had listed Fleming’s From Russia With Love as one of Kennedy’s ten favorite books.  Sidey’s piece also mentioned that the President had invited Fleming to the White House for dinner. …”
The Pop History Dig (Audio) 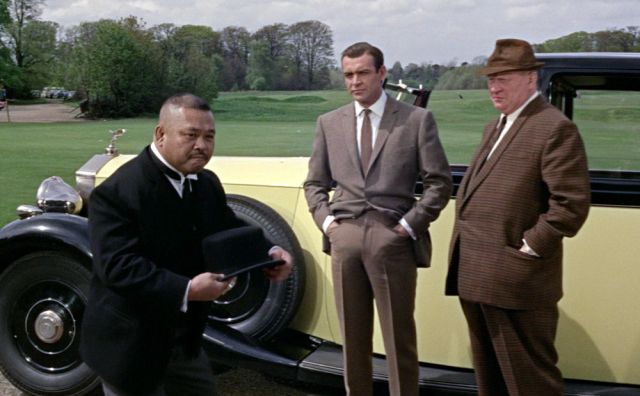