“Gregory Rabassa once received the ultimate accolade for a translator: his author admitted he thought Rabassa’s translation was better than the original. And since the author was Gabriel García Márquez, and the book One Hundred Years of Solitude, this was praise indeed. Rabassa’s translation of García Márquez’s 1967 novel was published in 1971; he went on to translate a further four books by the Colombian Nobel laureate, who also said of him: ‘I think that my work has been completely re-created in English. There are parts of the book which are very difficult to follow literally. The impression one gets is that the translator read the book and then rewrote it from his recollections.’ In the late 1960s and 1970s, Rabassa, who has died aged 94, produced fine versions of many of the leading Latin American authors in what came to be known as the ‘boom’: an upsurge of interest in the continent’s literary production in Spanish and Portuguese, when, for the first time, books from Latin America became international bestsellers. Notable among Rabassa’s translations at the time were the Peruvian Mario Vargas Llosa’s Conversation in the Cathedral, Hopscotch by the Argentinian novelist Julio Cortázar, and the popular novels of the Brazilian Jorge Amado. Rabassa was born in Yonkers, New York, to a Cuban father, Miguel, a sugar broker, and a mother, Clara (nee MacFarland), of Scottish and Mancunian ancestry. He was brought up in the New Hampshire countryside, where, as his 2005 memoir If This Be Treason recounts, the combination of his father’s Hispanic heritage, his mother’s eccentric relatives and his own make-believe linguistic worlds as a child all contributed to an early fascination with language. He studied Romance languages at school and university, before a spell during the second world war as a codebreaker in the US army. This took him to Italy, where he soon added a knowledge of the country’s language and literature to his earlier achievements. After leaving the army, Rabassa went on to receive a master’s degree in Spanish, and after living and studying in Brazil for several months he completed a doctorate in Portuguese language and literature in 1954. It was while teaching at Columbia University, New York, that his appetite for translation was confirmed. …”
Guardian
NY Times: Gregory Rabassa, a Premier Translator of Spanish and Portuguese Fiction, Dies at 94
The Translator’s Voice: An Interview with Gregory Rabassa
The Paris Review: Gregory Rabassa, 1922–2016
W – Gregory Rabassa
amazon: Gregory Rabassa 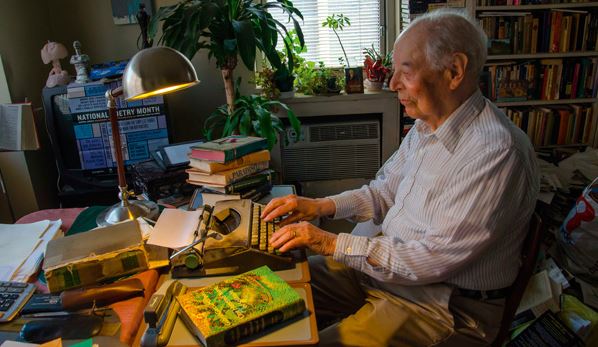