Why Vietnam Was Unwinnable 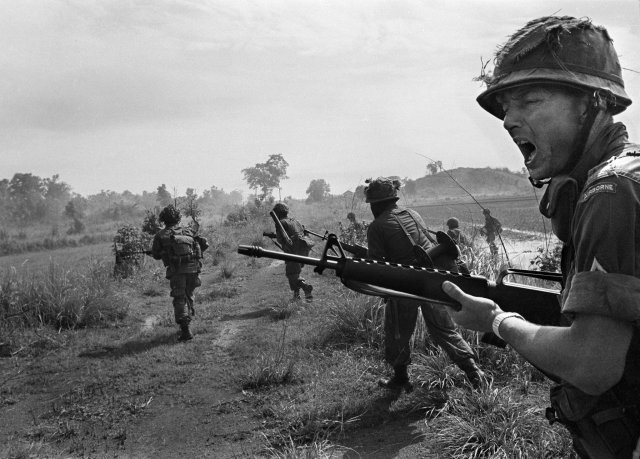 An American paratrooper sergeant shouts orders to his squad as they charge brushline while subject to sniper fire in Vietnam on June 1, 1965.

“While I was working for the Pentagon in the early 2000s, wounded veterans from Iraq and Afghanistan were routinely bused down from Walter Reed Hospital, in Northwest Washington, D.C., to receive their medals. It was a heart-rending experience to see these young men and women, many of them missing eyes, arms, legs or even multiple limbs, being wheeled through the building. As a trained military historian who had specialized in the Vietnam War, I couldn’t help thinking about that earlier conflict as I watched them slowly making their way down the Pentagon’s corridors. And I wasn’t the only one. Many prominent figures in the government, military and media were drawing parallels with the Vietnam War, and a surprising number of them suggested that its lessons offered hope for victory in Iraq. Those who made this argument contended that the United States had been on the verge of winning in Vietnam, but threw its chance for victory away because of negative press and a resulting failure of political will at home. This ‘lost victory’ thesis originated with the Nixon administration and its supporters back in the 1970s, but gained considerable traction in the 1980s and ’90s after it was taken up by a group of influential revisionist historians, including Mark Moyar and Lewis S. Sorley III. Taking their cue from the Vietnam revisionists, Iraq war optimists argued that just as Americans thought we were losing in Vietnam when in fact we were winning, so too were we winning in Iraq despite apparent evidence to the contrary. The problem, the optimists argued, was that — just as during the Vietnam War — naysaying pundits and politicians were not merely undermining popular support for the war, but giving our enemies hope that they could win by waiting for the American people to lose their will to continue the fight. This kind of talk alarmed me because it discouraged a frank reassessment of our failing strategy in Iraq, which was producing that weekly procession of maimed veterans. And I also knew that the historical premises on which it was based were deeply flawed. America did not experience a ‘lost victory’ in Vietnam; in fact, victory was likely out of reach from the beginning. There is a broad consensus among professional historians that the Vietnam War was effectively unwinnable. …”
NY Times (Aug. 2017)
Guardian: Vietnam by Max Hastings review – an effort to exonerate the US military
amazon: Vietnam: An Epic Tragedy, 1945-1975 (October 16, 2018) 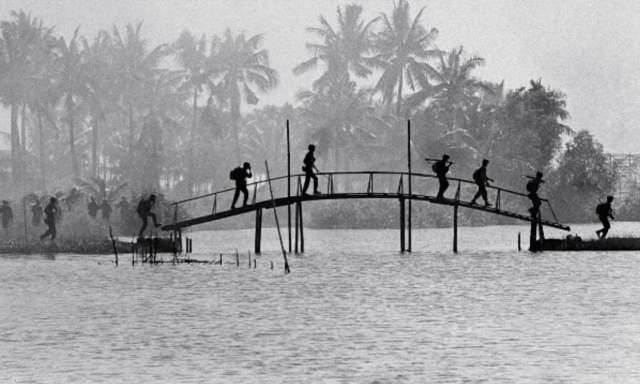 Most Americans felt that they had been lied to by successive administrations in order to support an unwinnable war.