Year of the Mad Bomber 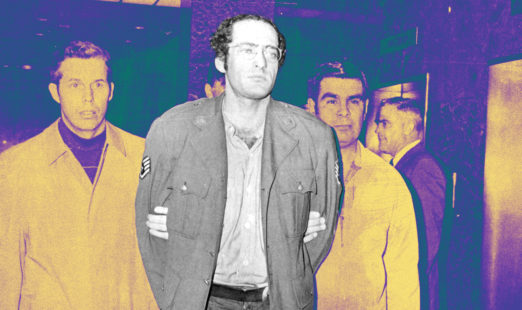 “Throughout much of 1968, Sam Melville, an unemployed 34-year-old with an estranged wife and 5-year-old son, frequently sat at his desk in a squalid apartment on the Lower East Side of Manhattan, contemplating how he could destroy America. Smoking a pipe, the towering man with long, stringy black hair thinning at the top and two different-colored eyes — one blue, one green — reflected on that turbulent year’s assassinations, the escalating war in Vietnam, and the constant battles between police and protestors. Two years earlier, Melville had left behind a well-paying job as a draftsman, a spacious apartment on the Upper West Side of Manhattan, and his family. His father, a former member of the Communist Labor Party, whom Melville once greatly admired, had recently given up the socialist cause, remarried, and opened a hamburger stand in an upscale section of Long Island. Fearing that he might follow his father on a similar path led Melville down an existential rabbit hole. In and around his neighborhood that year, he took part in marches and sit-ins, but by 1969, as his anger toward the government grew, he secretly set off a series of bombs across Manhattan. To many in the counterculture underground, he was their equivalent of a masked avenger. To the local media, he was known as ‘the Mad Bomber.’  Melville set off bombs in the offices of General Motors, Standard Oil and Chase Bank. He also hit the warehouse of United Fruit, a company that was exploiting its Cuban workers and had even assisted in the Bay of Pigs invasion; the banking institution Marine Midland; the Federal Office Building at Foley Square; an Army induction center on Whitehall Street; and the Manhattan Criminal Court Building. A communiqué delivered to the press stated that the bombings were a protest against ‘The giant corporations of America [that] have now spread themselves all over the world, forcing entire foreign economies into total dependence on American money and goods.’ Members of New York City’s bomb squad were flummoxed by the sophistication of these electrically charged contraptions, which often brimmed over with 20 or more sticks of high-grade dynamite. There was no way some doped-up college kid was making them. When asked by the New York Post who the Mad Bomber could be, according to a book about Melville by Leslie James Pickering, one team member replied, ‘It looks like the job of a demolition expert.’ For Melville’s son, Josh, who remembers his father best as a loving, folk-singing vegetarian, the sudden burst of violence still baffles him. …”
Narratively
How Weatherman confused violence with militancy and triggered the downfall of SDS By Jonathan Lerner 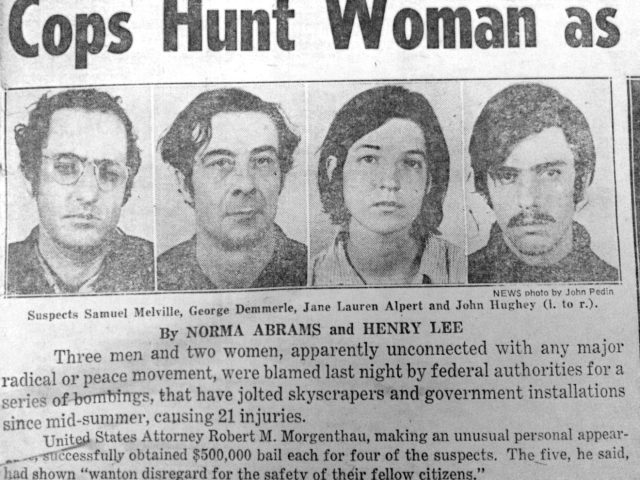 Mugshots of the Weather Underground members Samuel Melville, George Demmerle, Jane Alpert, and John Hughey circulated by newspapers after being released on bail.