“The Buddhist crisis (Vietnamese: Biến cố Phật giáo) was a period of political and religious tension in South Vietnam between May and November 1963, characterized by a series of repressive acts by the South Vietnamese government and a campaign of civil resistance, led mainly by Buddhist monks. The crisis was precipitated by the shootings of nine unarmed civilians on May 8 in the central city of Huế who were protesting a ban of the Buddhist flag. The crisis ended with a coup in November 1963 by the Army of the Republic of Vietnam, and the arrest and assassination of President Ngô Đình Diệm on November 2, 1963. In South Vietnam, a country where the Buddhist majority was estimated to comprise between 70 and 90 percent of the population in 1963, President Ngô Đình Diệm‘s pro-Catholic policies antagonized many Buddhists. A member of the Catholic minority, his government was biased towards Catholics in public service and military promotions, as well as in the allocation of land, business favors and tax concessions. Diem once told a high-ranking officer, forgetting that he was a Buddhist, ‘Put your Catholic officers in sensitive places. They can be trusted.’ Many officers in the Army of the Republic of Vietnam (ARVN) converted to Catholicism in the belief that their career prospects depended on it, and many were refused promotion if they did not do so. Additionally, the distribution of firearms to village self-defense militias intended to repel Viet Cong guerrillas was done so that weapons were only given to Catholics. Some Catholic priests ran private armies, and in some areas forced conversions, looting, shelling and demolition of pagodas occurred. Some Buddhist villages converted en masse to receive aid or avoid being forcibly resettled by Diem’s regime. … May 1963.  A rarely enforced 1958 law—known as Decree Number 10—was invoked in May 1963 to prohibit the display of religious flags. This disallowed the flying of the Buddhist flag on Vesak, the birthday of Gautama Buddha. … On May 8, in Huế, a crowd of Buddhists protested against the ban on the Buddhist flag. The police and army broke up the demonstration by firing guns at and throwing grenades into the gathering, leaving nine dead. On May 30, more than 500 monks demonstrated in front of the National Assembly in Saigon. …”
Wikipedia
W – Huế Phật Đản shootings, W – Huế chemical attacks, W – Double Seven Day scuffle, W – Xá Lợi Pagoda raids, W – Krulak–Mendenhall mission
Buddhist crisis in Hue: What happened in 1963?
NY Times: VIETNAM’S FAITHS UNDERLIE RISING; Buddhist‐Catholic Disputes Sharpened Under Diem (Sep. 14, 1964
YouTube: Vietnam Burning Monk (1963) 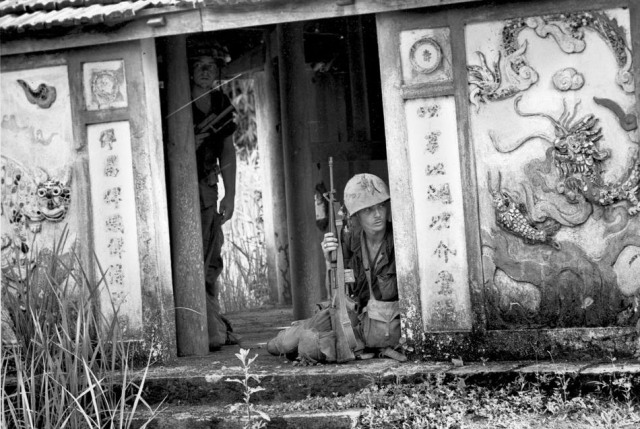