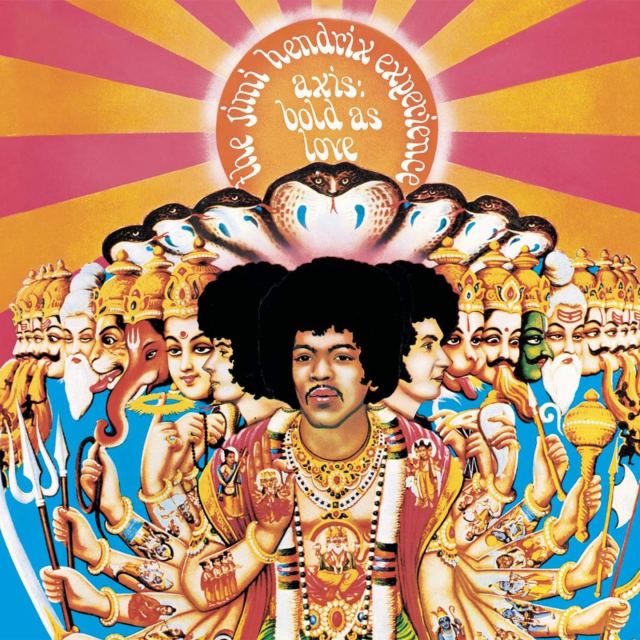 “Axis: Bold as Love is the second studio album by English-American rock band the Jimi Hendrix Experience. It was recorded to fulfill the Experience’s contract, which stated that they had to produce two records in 1967. … Following the completion of Are You Experienced at the end of April 1967, the Jimi Hendrix Experience continued their schedule of regular recording sessions, returning to Olympic Studios in London on May 4, to begin composing material for a follow-up LP. With Chas Chandler as producer, Eddie Kramer as engineer, and George Chkiantz as second engineer, the band started the session by working on a Noel Redding original that he had written about hippies titled, ‘She’s So Fine’. It featured background vocals by Hendrix and Mitch Mitchell; Redding later recalled that Hendrix was enthusiastic to record the song because it was written in A with an open G chord that he enjoyed playing. They achieved a working master on the 23rd take, on which Redding overdubbed his lead vocal. … The album was also well received by music critics, who praised its mixture of hard rock, rhythm and blues, and jazz. Reviewing Axis in 1968 for Rolling Stone, Jim Miller hailed it as ‘the refinement of white noise into psychedelia … the finest voodoo album that any rock group has produced to date’. Q magazine wrote in a retrospective review that the album ‘dazzles as the Experience creates a genre probably short-lived because nobody else could play it’. AllMusic‘s Cub Koda considered it a demonstration of Hendrix’s ‘remarkable growth and depth’ as a songwriter, utilizing Curtis Mayfield-like soul guitar work, ‘Dylanesque lyrical imagery, and Fuzz Face hyperactivity to produce yet another side to his grand psychedelic musical vision’. According to author Peter Doggett, the record ‘heralded a new subtlety in Hendrix’s work’, while BBC Music‘s Chris Jones said it is distinguished from his other Hendrix albums as his ‘coming-of-age-in-songwriting album … his peak in crafting pop rock perfection’. Critics also found Axis: Bold as Love to be the least memorable of the Experience’s three studio releases. According to Richie Unterberger, it was the least impressive from the Experience, while Kris Needs called the record a ‘transitional, but often overlooked, masterpiece’. …”
Wikipedia
Genius (Audio)
Discogs (Video)
amazon
YouTube: Axis: Bold as Love – Full Album 12 videos
vimeo: Axis- Bold As Love 32:39 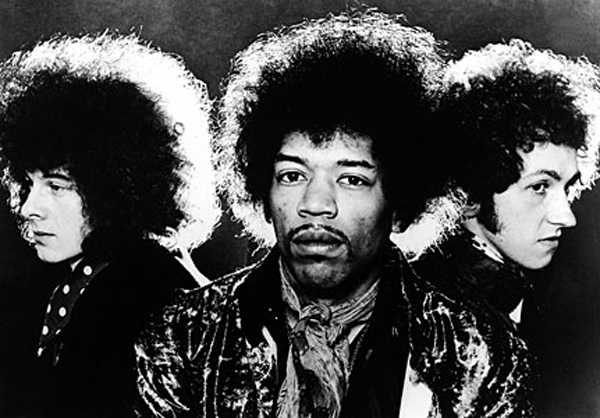