“Astonishingly, this was the Supremes’ fifth straight US Number One hit. Easy to see why: right now, they were unstoppable, and this is another really good Supremes single. Really good. Not great. Back In My Arms Again shares a great many similarities with the group’s third American chart-topper, Come See About Me, the record it was apparently written to follow – and the similarity isn’t restricted to just what’s in the grooves. As well as being the two most ‘conventional’ of that first clutch of five Number Ones for the Supremes, based around the same structure and (broadly) the same set of ideas, Back In My Arms Again and Come See About Me are the two which barely dented the British charts, this one limping to Number 40 while the magnificent Stop! In The Name Of Love was still riding high above it. Plus, and this is important, both Back In My Arms Again and Come See About Me were old news by the time they were (rush) released, both having been leapfrogged by newer songs which gazumped their places on the release schedules: just as Come See About Me didn’t make its 45 bow until the newer Baby Love had stolen its thunder, so Back In My Arms Again was originally recorded (in raw, demo form) long before Stop! In The Name Of Love was even written. That may explain why this – while it’s very good, and let’s not lose sight of that – feels like something of a retrograde step in a few ways. Re-recorded in the wake of the success of Stop!, it’s slick, stylish, even thrilling in places; but it’s not magical. …”
Motown Junkies
W – Back In My Arms Again
YouTube: Back In My Arms Again 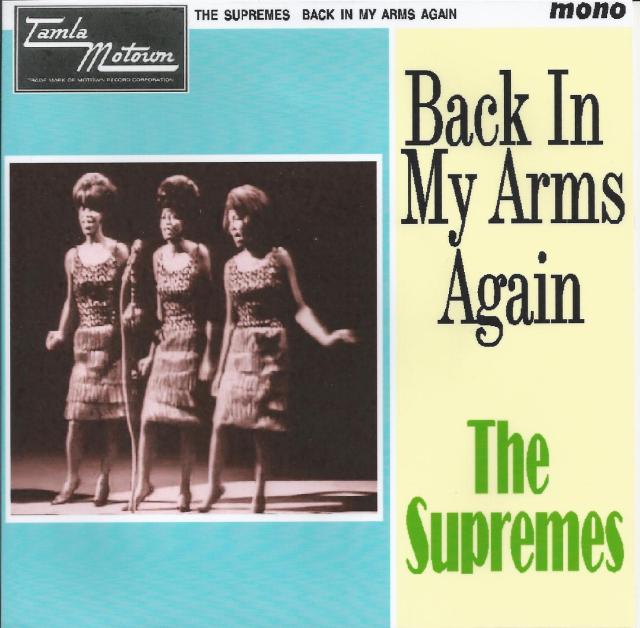