“Franny and Zooey is a book by American author J. D. Salinger which comprises his short story ‘Franny’ and novella Zooey /ˈzoʊ.iː/. The two works were published together as a book in 1961, having originally appeared in The New Yorker in 1955 and 1957 respectively. The book focuses on siblings Franny and Zooey, the two youngest members of the Glass family, which was a frequent focus of Salinger’s writings. ‘Franny’ tells the story of Franny Glass, Zooey’s sister, undergraduate at a small liberal arts college. The story takes place in an unnamed college town during Franny’s weekend visit to her boyfriend Lane. Disenchanted with the selfishness and inauthenticity she perceives all around her, she aims to escape it through spiritual means. ‘Zooey’ is set shortly after ‘Franny’ in the Glass family apartment in New York City’s Upper East Side. While actor Zooey’s younger sister Franny suffers a spiritual and existential breakdown in their parents’ Manhattan living room, leaving their mother Bessie deeply concerned, Zooey comes to Franny’s aid, offering what he thinks is brotherly love, understanding, and words of sage advice. … Salinger’s known interest in Eastern religious philosophy such as Zen Buddhism and Hindu Advaita Vedanta, as well as Orthodox Christian spirituality, particularly in a brief section in the second part that includes quotations from spiritual texts. There is also a discussion of whether the book is a ‘mystical story’ or a ‘love story’ in the introduction to the second section, as speculated by the book’s narrator, Buddy Glass (who decides it’s the latter).  … The book was very popular with the reading public, spending 26 weeks at the top of The New York Times Fiction Best Sellers list in 1961 and 1962, but critics gave it mixed reviews. John Updike felt that Salinger’s work was more than adequate. He praised Salinger’s characterizations, saying that they ‘melt indistinguishably together in an impossible radiance of personal beauty and intelligence’. He also pointed out that Salinger has a ‘correctly unctuous and apprehensive tone’. But some thought that Salinger shamed himself with this particular piece of work. Janet Malcolm quotes Maxwell Geismar who called it an ‘appallingly bad story’, and George Steiner who even called it ‘a piece of shapeless self indulgence’. …”
Wikipedia
NY Times: Anxious Days For The Glass Family By JOHN UPDIKE (September 17, 1961)
Self-Help for Sarah Lawrence Girls:
Joan Didion on Franny and Zooey (1961)
Guardian: Is JD Salinger’s Franny and Zooey posturing or profound? 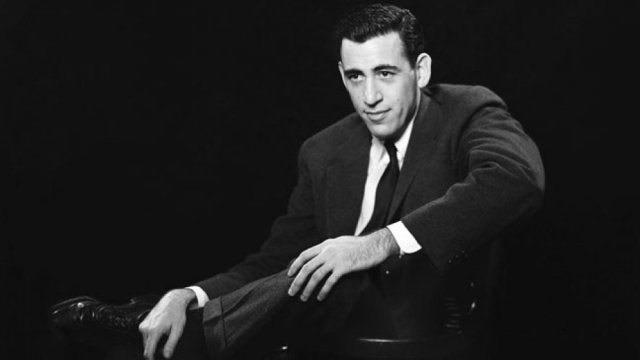