Between Journalism and Fiction: Hunter S. Thompson and the Birth of Gonzo 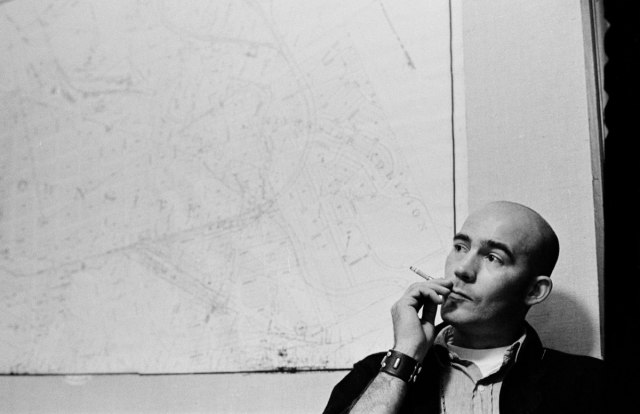 “According to Tom Wolfe, Hunter S. Thompson was ‘the only twentieth-century equivalent of Mark Twain.’ Wolfe’s comparison was meant to feature Thompson as a humorist, but biographical similarities also linked the two writers. Both Twain and Thompson arrived in San Francisco as obscure journalists, thrived on the city’s anarchic energies, and departed as national figures. Exactly one hundred years after Twain left San Francisco, Thompson moved to Colorado and created his most extravagant character: himself. The signature works that followed—along with his drug and alcohol consumption, gun fetish, and “fortified compound”—are strongly associated with Woody Creek, where he lived until his suicide in 2005. But if Thompson’s celebrity was a Colorado phenomenon, his literary formation played out in San Francisco during what he called ‘a Main Era—the kind of peak that never comes again.’ That peak helped Thompson invent not only a literary genre, but also himself. Thompson’s self-fashioning unfolded in stages. In 1960, he set off on a Beat-style cross-country drive that ended in Seattle. From there, he hitchhiked to San Francisco, where he visited City Lights Bookstore and other Beat shrines. After failing to find work, Thompson decamped for Big Sur, the Beat hangout and home of novelist Henry Miller, a major influence. (Although he staked out Miller’s mailbox, he never met his idol.) After two years of travel, Thompson moved to the Sonoma County town of Glen Ellen, home of Jack London, before settling with his wife and infant son at 318 Parnassus Avenue, not far from Haight-Ashbury. Scratching out a living as a freelance journalist, he covered the 1964 GOP convention at the Cow Palace and wrote an unpublished review of Tom Wolfe’s The Kandy-Kolored Tangerine-Flake Streamline Baby (1965). Editorial quarrels over the coverage of the convention and the Wolfe review led to his split from The National Observer, his primary outlet at the time. …”
Boom California

1 Response to Between Journalism and Fiction: Hunter S. Thompson and the Birth of Gonzo