“The Heidi Game or Heidi Bowl was an American Football League (AFL) game played on November 17, 1968, between the Oakland Raiders and the visiting New York Jets. The game was notable for its exciting finish, in which Oakland scored two touchdowns in the final minute to win the game 43–32, but got its name for a decision by the game’s television broadcaster, NBC, to break away from its coverage of the game on the East Coast to broadcast the television film Heidi, causing many viewers to miss the Raiders’ comeback. In the late 1960s, few professional football games took longer than two and a half hours to play, and the Jets–Raiders’ three-hour time slot was thought to be adequate. A high-scoring contest, together with a number of injuries and penalties for the two bitter AFL rivals, caused the game to run long. NBC executives had originally ordered that Heidi begin at 7:00 p.m. ET, but decided to allow the game to air to its conclusion. However, as 7 p.m. approached, NBC’s switchboards were jammed by viewers phoning to inquire about the night’s schedule, preventing the planned change from being communicated. Heidi began as scheduled, preempting the final moments of the game and the two Oakland touchdowns in the eastern half of the country, to the outrage of viewers. Response to the pre-emption by viewers and other critics was negative; the family members of several Jets players were unaware of the game’s actual conclusion, while NBC received further criticism for its poor timing in displaying the final score of the game during the Heidi movie. NBC’s president Julian Goodman formally apologized for the incident. The Jets and Raiders met again in the AFL Championship Game, with the Jets winning 27–23. They later defeated the Baltimore Colts in Super Bowl III. In the aftermath of the incident, NBC installed special ‘Heidi phones’, with a connection to a different telephone exchange from other network phones, to ensure that network personnel could communicate under similar circumstances. The game also had an influence on sports broadcasting practices; the future National Football League would contractually stipulate that all game telecasts be shown to their conclusion in the markets of the visiting team, while other major leagues and events adopted similar mandates.  …”
Wikipedia
NPR – Heidi: The Little Girl Who Changed Football Forever
YouTube: The Heidi game, Jets at Raiders – Heidi Game Broadcast Footage 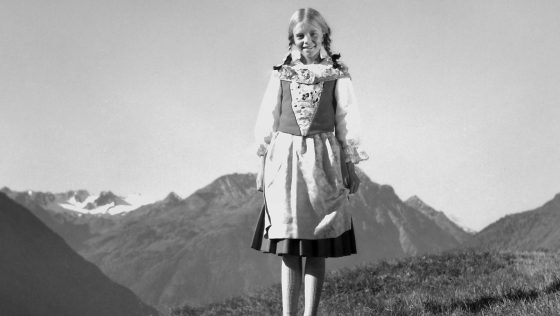