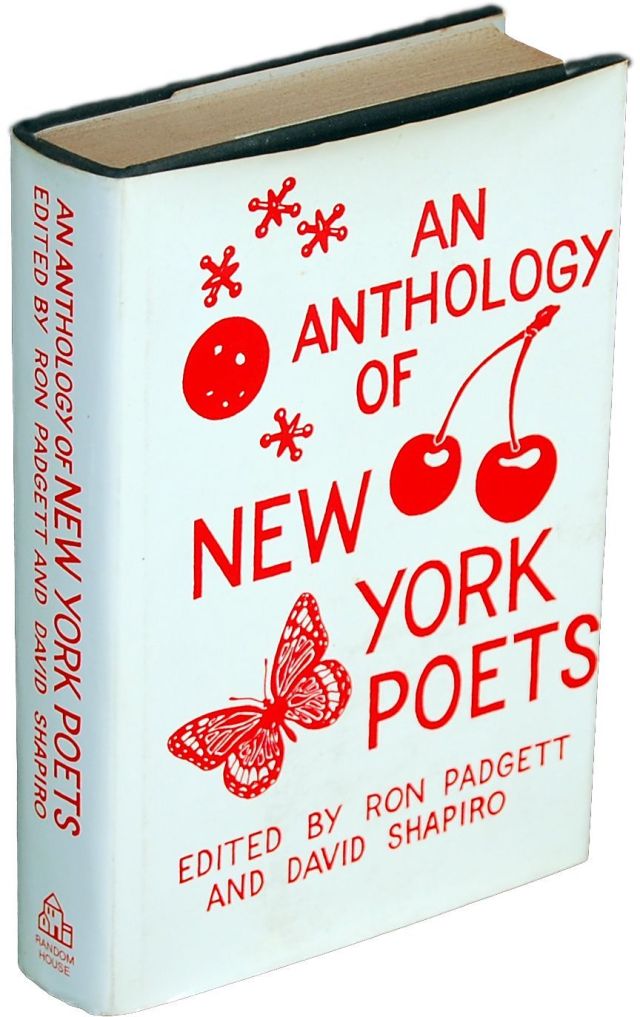 “The editors of An Anthology of New York Poets are, praise be, among the poets whose work is included in this anthology. As editors they are quite needlessly concerned lest the term ‘New York School of Poets’ be accepted as a label that will serve no constructive purpose. Such a label would not only be inaccurate, they imply, but It might tend to reduce the vision and the poems of each contributor from the particular to the general in the reader’s mind. Such fears are groundless, I would like to say quickly, for if the work of Kenneth Koch, or John Ashbery, or Frank O’Hara, or Ron Padgett, or David Shapiro, and of the twenty-two other poets in this collection, is in danger of being diminished by association with New York, then New York has increased its spheres of influence since I was last there. This anthology is both exciting and important. It accomplishes the unique feat of presenting twenty-seven little books of new and good poetry in one stunning volume. And the label, ‘ New York Poets,’ does no more than provide a framework—as does the label of ‘The Twenties in Paris’ —a framework that in this instance stakes out a legitimate. Claim I see in that claim a very valuable statement, which is that the poetry written by these poets who were once in New York, or who met in New York, or who are now in New York, is far better poetry than any being written elsewhere at this moment in the United States. New York needs all kinds of help at the present time, and if the work of these twenty-seven poets can help the city of New York to survive a” little longer, then let that city and all its inhabitants rejoice that it has sheltered poets of such strength and diversity, and let the population lift up its voice in gratitude and praise. —KAY BOYLE’ …”
Cultural Heritage Books
NY Times: 27 poets, 363 poems—9 poets, 95 poems (Nov. 15, 1970)
amazon 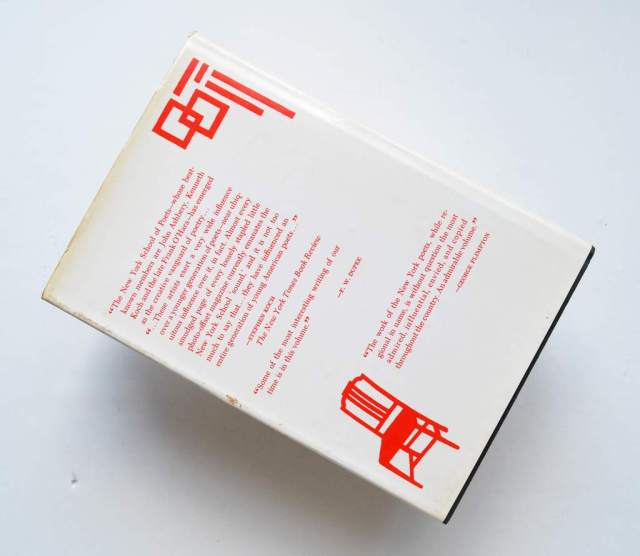