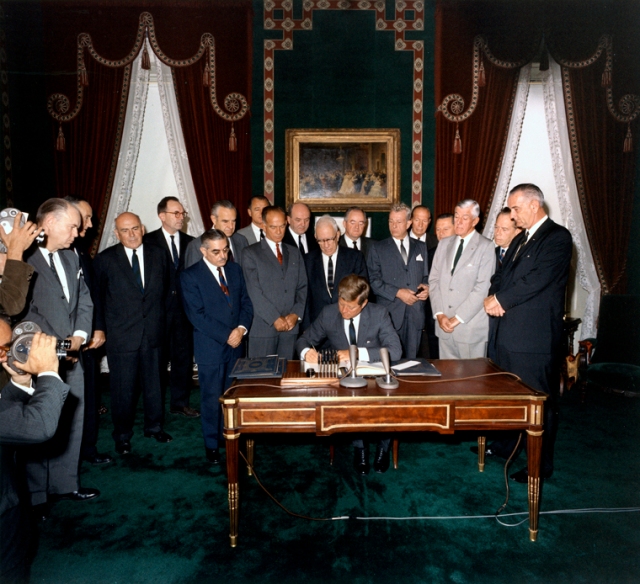 “The Partial Test Ban Treaty (PTBT) is the abbreviated name of the 1963 Treaty Banning Nuclear Weapon Tests in the Atmosphere, in Outer Space and Under Water, which prohibited all test detonations of nuclear weapons except for those conducted underground. It is also abbreviated as the Limited Test Ban Treaty (LTBT) and Nuclear Test Ban Treaty (NTBT), though the latter may also refer to the Comprehensive Nuclear-Test-Ban Treaty (CTBT), which succeeded the PTBT for ratifying parties. Negotiations initially focused on a comprehensive ban, but this was abandoned due to technical questions surrounding the detection of underground tests and Soviet concerns over the intrusiveness of proposed verification methods. The impetus for the test ban was provided by rising public anxiety over the magnitude of nuclear tests, particularly tests of new thermonuclear weapons (hydrogen bombs), and the resulting nuclear fallout. A test ban was also seen as a means of slowing nuclear proliferation and the nuclear arms race. Though the PTBT did not halt proliferation or the arms race, its enactment did coincide with a substantial decline in the concentration of radioactive particles in the atmosphere. The PTBT was signed by the governments of the Soviet Union, United Kingdom, and United States in Moscow on 5 August 1963 before being opened for signature by other countries. The treaty formally went into effect on 10 October 1963. Since then, 123 other states have become party to the treaty. Ten states have signed but not ratified the treaty. … Provisions. The treaty declares as its ‘principal aim the speediest possible achievement of an agreement on general and complete disarmament under strict international control,’ and explicitly states the goal of achieving a comprehensive test ban (i.e., one which bans underground tests). The treaty permanently forbids the parties to the treaty from conducting, permitting, or encouraging any nuclear explosion in the atmosphere, outer space, or underwater, as well as ‘any other nuclear explosion’ that threatens to send nuclear debris into another state’s territory. The wording ‘any other nuclear explosion’ prohibited peaceful nuclear explosions, due to the difficulty in differentiating those from military tests without expanded verification measures. …”
Wikipedia
The Atlantic: When We Tested Nuclear Bombs
The Atlantic: Can We Unlearn the Bomb? (Video)
The Atlantic: Video Gallery: Nuclear Bomb Tests (Video)
WIRED – Aug. 5, 1963: Finally, a Nuclear Test Ban Treaty
Bulletin of the Atomic Scientists
YouTube: Signing of the Limited Nuclear Test Ban Treaty in 1963
Washington Post: Behold the most terrifying images in these declassified nuclear test videos (Video) 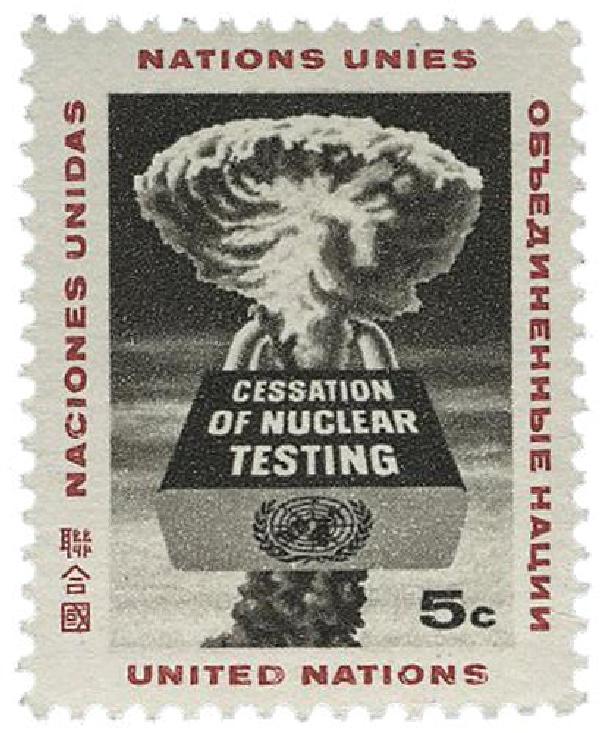