For All Mankind – Al Reinert 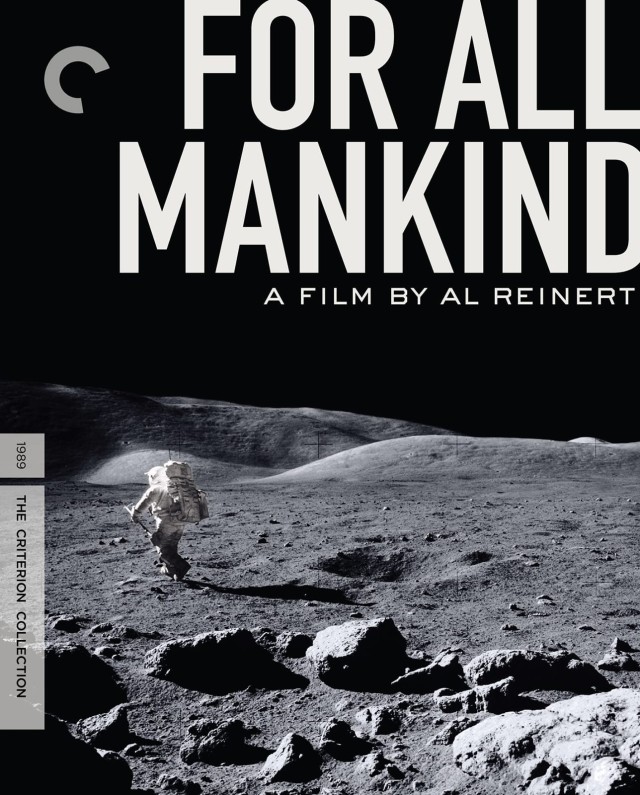 “In the ‘America in the 60’s’ montage that used to play in my head when someone mentioned the era, the moon landing got about five seconds. And you know exactly what five seconds they were; the blurry television feed we’ve all seen of Neil Armstrong dropping the last few feet to the moon’s surface. Altamont got more screen time than Neil, because Gimme Shelter isn’t grainy video footage. But it turns out that the astronauts shot on film, too, and For All Mankind is Al Reinert’s painstaking compilation of that footage. Here, for example, is a still from the movie of Alan Bean taking his first steps on the moon (during the second moon landing). That’s a little bit better looking, even with the lens flare, no? For All Mankind pretty definitively replaced that grainy footage of Armstrong with much stranger, much more haunting imagery. Reinert’s film is not a traditional documentary by any stretch of the imagination. The movie opens with the following titles:

During the four years between December 1968 and November 1972, there were nine manned flights to the Moon.

Twenty-four men made the journey. They were the first human beings to leave the planet Earth for another world.

This is the film they brought back…

…and these are their words. 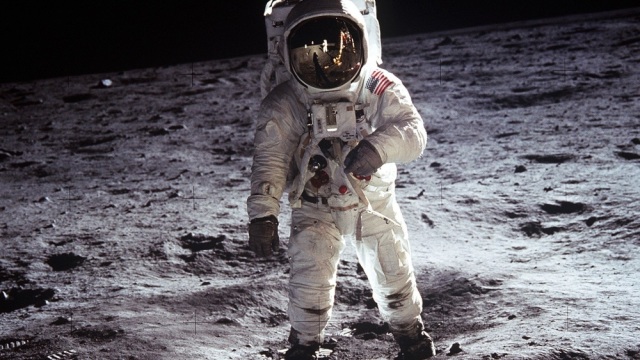