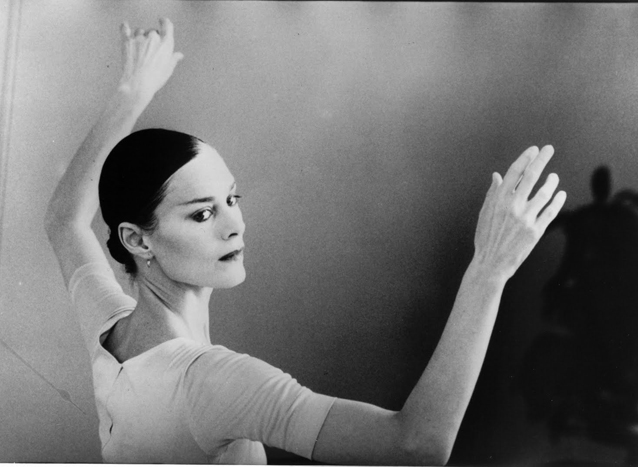 “Lucinda Childs (born June 26, 1940) is an American postmodern dancer / choreographer and actress. Her compositions are known for their minimalistic movements yet complex transitions. Childs is most famous for being able to turn the slightest movements into an intricate choreographic masterpiece. Her use of patterns, repetition, and dialect has caused her to have a unique style of choreography that is often imitated for its ability to experiment. Lucinda Childs was born in New York City. … While studying at the Cunningham studio, Childs was introduced to Yvonne Rainer who encouraged her to be a part of the Judson Dance Theater in 1963 with dancers such as James Waring, Valda Setterfield, and Arlene Rothlein. Here, Childs was allowed to explore and experiment with her own dance style and choreography. Childs states, ‘Judson made me interested in dance, but it also made me feel torn between different things – technique, working outside the dance vocabulary, using objects and texts.’ … While her minimalist movements were simple, the beauty in her choreography lay in her spatial exploration. Her work captivates the splendor of the different patterns the human body can create across a stage by basic repeated movements such as skipping or turning. She would create an entire performance piece based on one simple combination that would be repeated numerous time but in a different way. Whether she takes apart and reorders the combination or simply reverses it the same movements would not be repeated as they were initially introduced.[4] Often, pieces she choreographed, such as Street Dance, were accompanied by a monologue that would explain not only her movements, but what it’s about. In Street Dance (1964), Childs created her stage on a street in Manhattan where her audience was the occupants of a nearby loft. The six-minute dance was based on its surroundings and the performers blended in with what was occurring on the street. Every so often they would point out different details about the appearance of the buildings and the assorted window displays. Although the audience was not completely able to see what exactly the performers were pointing to, they could hear the explanation from a nearby audio tape. …”
Wikipedia
Guardian – Step-by-step guide to dance: Lucinda Childs (Video)
Street Dance – 1964 (Video)
lucinda childs, nothing personal (1963 – 1989)
YouTube: Carnation, Einstein on the beach, A Look at Lucinda Childs/Philip Glass/Sol LeWitt’s Dance