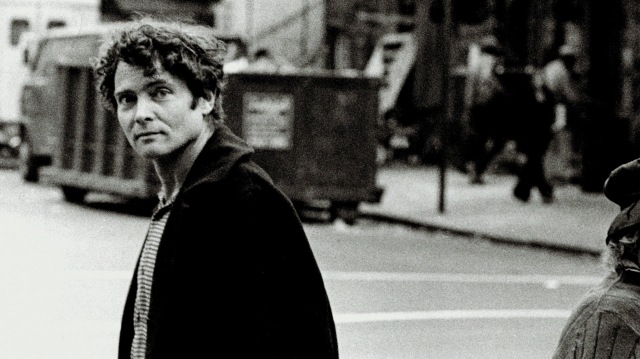 “William Stanley Merwin (born September 30, 1927) is an American poet, credited with over fifty books of poetry, translation and prose. During the 1960s anti-war movement, Merwin’s unique craft was thematically characterized by indirect, unpunctuated narration. In the 1980s and 1990s, Merwin’s writing influence derived from his interest in Buddhist philosophy and deep ecology.  … Besides being a prolific poet, he is also a respected translator of Spanish, French, Latin and Italian literature and poetry (including Lazarillo de Tormes and Dante‘s Purgatorio) as well as poetry from Sanskrit, Yiddish, Middle English, Japanese and Quechua. He also served as selector of poems of the late American poet Craig Arnold (1967–2009). Merwin is also known for his poetry about the Vietnam War, and can be included among the canon of Vietnam War-era poets which includes such writers as Robert Bly, Adrienne Rich; Denise Levertov; Robert Lowell; Allen Ginsberg and Yusef Komunyakaa. Merwin’s early subjects were frequently tied to mythological or legendary themes, while many of his poems featured animals. A volume called The Drunk in the Furnace (1960) marked a change for Merwin, in that he began to write in a much more autobiographical way. The title-poem is about Orpheus, seen as an old drunk. ‘Where he gets his spirits / it’s a mystery’, Merwin writes; ‘But the stuff keeps him musical’. Another poem of this period — ‘Odysseus’ — reworks the traditional theme in a way that plays off poems by Stevens and Graves on the same topic. In the 1960s, Merwin lived in a small apartment in New York City’s Greenwich Village, and began to experiment boldly with metrical irregularity. His poems became much less tidy and controlled. He played with the forms of indirect narration typical of this period, a self-conscious experimentation explained in an essay called ‘On Open Form’ (1969). The Lice (1967) and The Carrier of Ladders (1970) remain his most influential volumes. These poems often used legendary subjects (as in ‘The Hydra’ or ‘The Judgment of Paris’) to explore highly personal themes. …”
Wikipedia
New Yorker: The Ascetic Insight of W. S. Merwin
The Poetics of Riddle in W.S.Merwin’s Poetry
New Yorker: W. S. Merwin
Poetry Foundation
amazon: W. S. Merwin