Half the Way with Mao Zedong 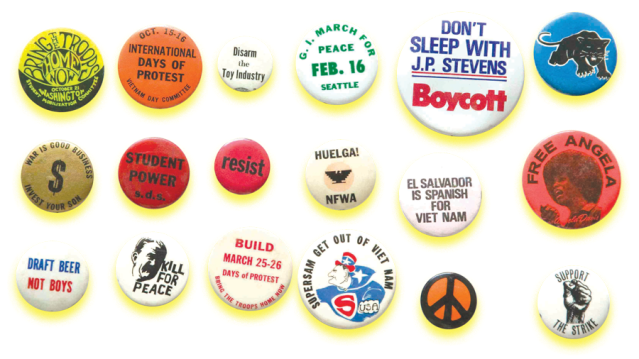 “The American left has never produced a group more self-critical than Students for a Democratic Society (SDS). In the years since the organization’s 1969 collapse, its former members have produced an endless stream of mea culpas. Some of this has come from self-conscious apostates, like New Republic contributing editor Paul Berman. A Columbia SDSer in 1968, Berman later condemned the group’s ‘degeneration into violence and irrationality … its final embrace of totalitarian doctrines.’ The later SDS should have, he quips, been renamed ‘Students for a Dictatorial Society.’ Even those less gleeful about skewering their former comrades have aired regrets about late-sixties radicalism. James Miller became ‘profoundly skeptical of the assumptions about human nature and the good society held by many radicals.’ Mark Rudd, a member of the Weatherman faction of SDS, muses that ‘we played into the hands of the FBI.… We might as well have been on their payroll.’ Of course, on one level it’s difficult to argue with these assessments. Picture a convention of students, split between two sides, one chanting ‘Ho, Ho, Ho Chi Minh!’ and the other ‘Mao, Mao, Mao Zedong!’ SDS really did degenerate into a caricature of leftism. Yet if former SDSers have grasped what went wrong with their organization, they’ve been less successful understanding why. This is especially glaring in accounts like Berman and Miller’s, where stress is placed on the ideas that SDSers held at various moments. Former SDSers still tend to see the story of their organization as one in which the choices made by students determined the movement’s path. But understanding SDS requires more than understanding students. It requires understanding the dilemmas the American left more broadly faced in the 1960s. In these years, a new radicalization, driven above all by opposition to the slaughter in Vietnam, found itself wholly isolated from a labor movement itself defanged of radicalism by anticommunist purges. The result was a radicalization unmoored from the social forces capable of realizing its ideas. As a result, those ideas themselves were thrown into flux, as SDSers substituted one social force after another for the working class, moving from students to black revolutionaries to Third World guerrillas. SDS serves as a warning about the fragility of political ideas in the abstract, and how quickly they can be remade when history comes knocking. …”
Jacobin