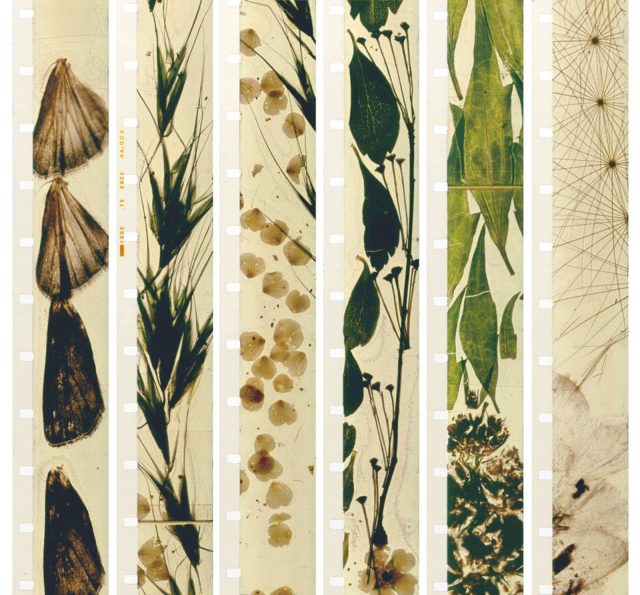 “Stan Brakhage’s Mothlight is an experimental testament to the broad interpretation of’ ‘anything’ in Holis Frampton’s quote, ‘It seems that a film is anything that may be put in a projector that will modulate the emerging beam of light.’ For Mothlight, Brakhage used dead moths, flowers, and glass in order to create an entirely camera-less movie. The result is a visually daring film that highlights the filmmaker’s style and theory. The film can be seen as a prime example of Brakhage’s attempt to overcome the conventions and stereotypes of cinema and the act of seeing. As the director famously wrote in Metaphors on Vision,

Imagine an eye unruled by man-made laws of perspective, an eye unprejudiced by compositional logic, an eye which does not respond to the name of everything but which must know each object encountered in life through an adventure of perception.

Mothlight is essentially this ‘adventure of perception.’ Out of the context of the film’s title or Brakhage’s commentary, it is hard to discern any ‘objects’ or put linguistic labels on the images seen. Thus the film achieves the director’s desire to transcend the shackles of language and conventional ‘compositional logic.’ This compositional logic refers to the the way we recognize objects in everyday life, but also about the conventions of cinema, which Brakhage challenged radically with Mothlight and his other works. According to zoologist Andrew Parker and his light switch theory, vision first appeared 543 million years ago, and was responsible for the great life diversity that appeared during the Cambrian explosion. The McGurk effect, on the other hand, showed the dominance of vision over the other senses and the sensory illusions that this can cause. Mothlight depicts an almost primordial image of abstract expressionism outside of the linguistic realm, and extends vision to non-human terms. It is the natural tendency of the moths to strive towards the light that ultimately causes their destruction. But it is the film light that causes their resurrection. …”
Stan Brakhage: Mothlight, Death & Cinema Resurrection
W – Mothlight
W – Stan Brakhage
YouTube: Mothlight 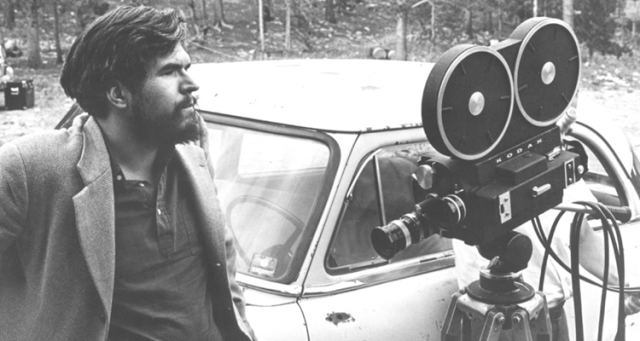