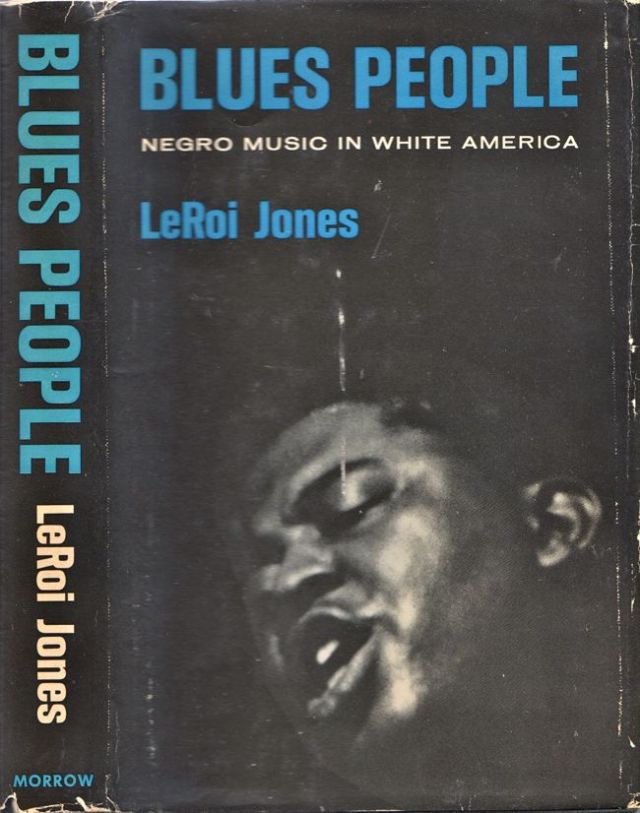 “Blues People: Negro Music in White America is a seminal study of Afro-American music (and culture generally) by Amiri Baraka, who published it as LeRoi Jones in 1963. In Blues People Baraka explores the possibility that the history of black Americans can be traced through the evolution of their music. It is considered a classic work on jazz and blues music in American culture. The book documents the effects jazz and blues on American cultural, at musical, economic, and social levels. It chronicles the types of music dating back to the slaves up to the 1960s. Blues People argues that ‘negro music;—as Amiri Baraka calls it—appealed to and influenced new America. According to Baraka, music and melody is not the only way the gap between American culture and African-American culture was bridged. Music also helped spread values and customs through its media exposure. Blues People demonstrates the influence of African Americans and their culture on American culture and history. The book examines blues music as performance, as cultural expression, even in the face of its commodification. To Baraka, Blues People represented ‘everything [he] had carried for years, what [he] had to say, and [himself]’. The book is deeply personal and chronicles what brought him to believe that blues was a personal history of his people in the United States. The resonance and desperation of this type of music is what compelled Baraka to learn about the history of blues music. He learned through his studies that the ‘Africanisms’ is directly related to American culture, rather than being solely related to Black people. Baraka dedicates the book ‘to my parents … the first Negroes I ever met’. …”
Wikipedia
NYBooks: The Blues – Ralph Ellison
NPR – Black History Meets Black Music: ‘Blues People’ At 50
[PDF] Blues People: Negro Music in White America
amazon