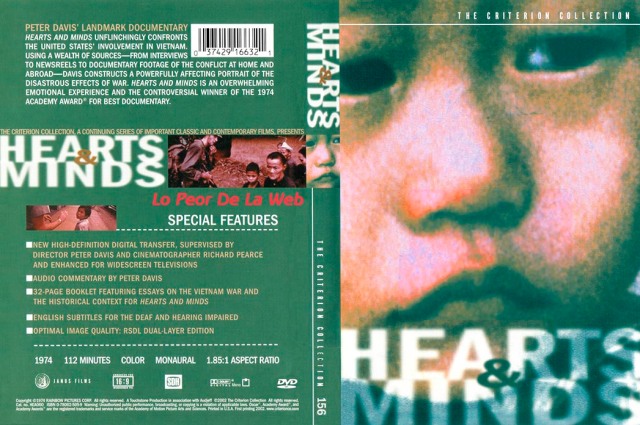 “Hearts and Minds is a 1974 American documentary film about the Vietnam War directed by Peter Davis. The film’s title is based on a quote from President Lyndon B. Johnson: ‘the ultimate victory will depend on the hearts and minds of the people who actually live out there’. The movie was chosen as Academy Award for Best Documentary Feature at the 47th Academy Awards presented in 1975. The film premiered at the 1974 Cannes Film Festival. Commercial distribution was delayed in the United States due to legal issues, including a temporary restraining order obtained by one of the interviewees, former National Security Advisor Walt Rostow who had claimed through his attorney that the film was ‘somewhat misleading’ and ‘not representative’ and that he had not been given the opportunity to approve the results of his interview. Columbia Pictures refused to distribute the picture, which forced the producers to purchase back the rights and release it by other means. The film was shown in Los Angeles for the one week it needed to be eligible for consideration in the 1974 Academy Awards. A scene described as one of the film’s ‘most shocking and controversial sequences’ shows the funeral of an ARVN soldier and his grieving family, as a sobbing woman is restrained from climbing into the grave after the coffin. The funeral scene is juxtaposed with an interview with General William Westmoreland — commander of American military operations in the Vietnam War at its peak from 1964 to 1968 and United States Army Chief of Staff from 1968 to 1972 — telling a stunned Davis that ‘The Oriental doesn’t put the same high price on life as does a Westerner. Life is plentiful. Life is cheap in the Orient.’ … Hearts and Minds has attracted widely polarized opinions from film critics since its release. Reviewers commonly consider it either a masterpiece of political/documentary filmmaking or a propagandistic hatchet job on the Vietnam War, with some viewing it as both. … Vietnam War films from the 1960s to the 1970s reflected deep divisions at home over the war. Some reflected pro-war sentiments and vilified anti-war protesters, while others stood at the opposite end and criticized government officials and policies. ‘Hearts and Minds’ was one of the first of the latter to have been produced and released before the war’s end in 1975. …”
Wikipedia
Vogue – Director Peter Davis Speaks to Vogue.com on the 40th Anniversary of His Pivotal Vietnam Documentary, Hearts and Minds
NY Times: ‘Hearts and Minds,’ a Film Study of Power By VINCENT CANBY (March 24, 1975)
Peter Davis on Hearts And Minds
YouTube: Hearts and Minds trailer
Archive: Hearts and Minds (Peter Davis, 1974) 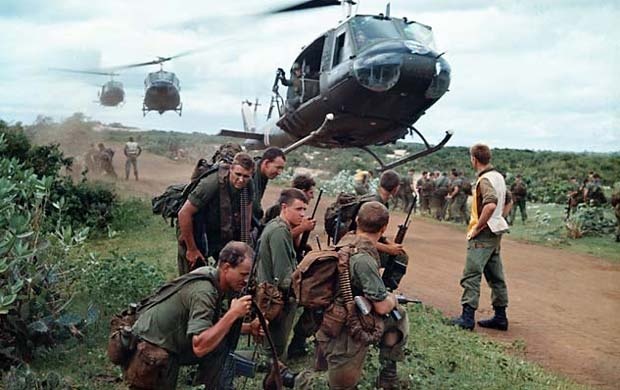