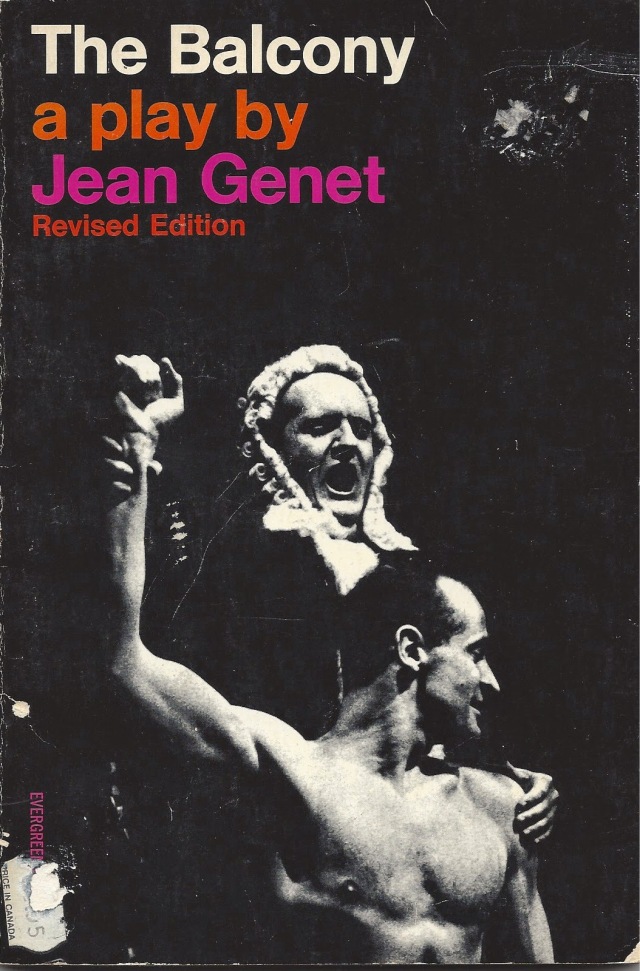 “The Balcony (French: Le Balcon) is a play by the French dramatist Jean Genet. Set in an unnamed city that is experiencing a revolutionary uprising in the streets, most of the action takes place in an upmarket brothel that functions as a microcosm of the regime of the establishment under threat outside. …  It has also been adapted as a film and given operatic treatment. The play’s dramatic structure integrates Genet’s concern with meta-theatricality and role-playing and consists of two central strands: a political conflict between revolution and counter-revolution and a philosophical one between reality and illusion. Genet suggested that the play should be performed as a ‘glorification of the Image and the Reflection.’ … Plot synopsis: Most of the action takes place in an upmarket brothel in which its madam, Irma, ‘casts, directs, and co-ordinates performances in a house of infinite mirrors and theaters.’ Genet uses this setting to explore roles of power in society; in the first few scenes patrons assume the roles of a bishop who forgives a penitent, a judge who punishes a thief, and a general who rides his horse. … The Balcony exists in three distinct versions, published in French in 1956, 1960, and 1962. The first version consists of two acts of fifteen scenes and includes a dream sequence in which Irma’s dream of three wounded young men—who personify blood, tears, and sperm—is enacted immediately before Arthur returns to the brothel and is abruptly shot. The second version is the longest and most political. The third version is shorter and reduces the political content of the scene with the café revolutionaries. … In contrast to Goldmann’s analysis of the play as an epic defamiliarisation of the historical rise of technocracy, Rosen sees The Balcony as a theatre of cruelty staging of ‘a mythic dimension to the dark side of the human soul. …”
Wikipedia
NY Times: The Fantasy Within A Fantasy (April 1990)
I’m Wearing Green Socks. Can You Dig It?
‘The Balcony’: Peter Falk, Leonard Nimoy & Shelley Winters frolic in Jean Genet’s twisted whorehouse
amazon: The Balcony, Genet: A Biography by Edmund White
YouTube: “The Balcony” starring DORIS FISH May 28, 1989 (Excerpt 1), Peter Falk in Jean Genet’s The Balcony 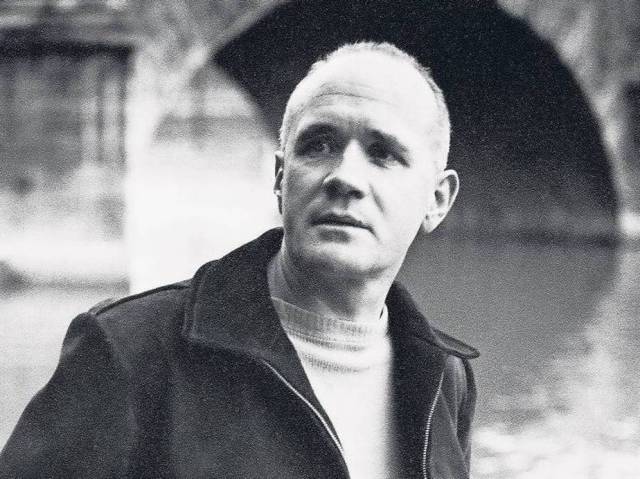